Phil Kramer: The Man Behind the Christmas Magic 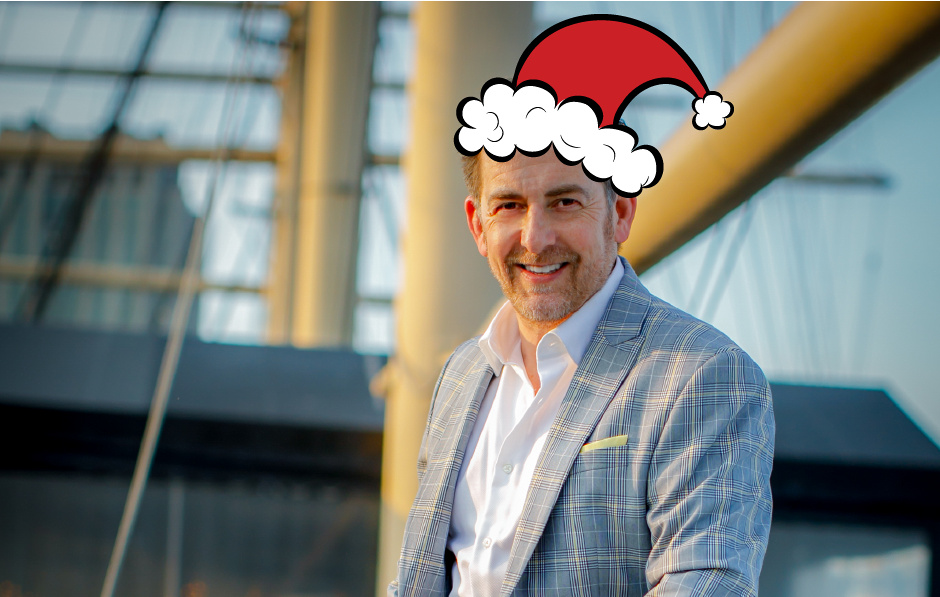 Phil Kramer: The Man Behind the Christmas Magic

For Photographer Phil Kramer, Christmas is a chance to ground himself. After a busy year, the holidays are about remembering what’s most important. It’s about spending time with family and making memories.

This Christmas, Phil and his business partner, Mimi Janosy, are inviting families to celebrate the season in their studio. Together, they developed Old City Santa, an immersive Christmas photo shoot for all ages.

Here, in his own words, Phil Kramer describes how the project came together and why Old City Santa should be on your Christmas list this year.

Q: There’s nothing else in Philadelphia quite like Old City Santa. How did you and your team come up with the idea?

“For five years, my partner Mimi Janosy has been doing Santa photos in Manayunk. She would only do about one or two a year. I think the most she did in a single year was five. She was doing it for the fun of it, it was something she loved to do. It was her way of giving back.

Anyway, this year she tells me she wants to do Santa photos again. But this time as a team. I said, “Ok, let me think about it.”

So, I looked into who else was doing something similar in the Philadelphia area. There’s the guy at City Hall, Love Park. The images are alright but it’s the same old thing. Stand in line, sit on Santa’s lap, it’s over.

I bought ‘oldcitysanta.com’ that night. I said, “Ok, let’s do this.”

Q: And that’s how this all came together?

“Well, my son came up with part of the idea too. He said, “Dad, it’s not just about sitting on Santa’s lap. It’s all about the experience.”

Then one thing lead to another. We decided to have carolers and hot chocolate, make it a big thing.

And that’s what they want— people who expect good images, who respect photographers, who don’t want to wait in line—They want an experience for their children.

Q: What is it about the experience that sets Old City Santa apart?

Well, first off, our Santa’s the real deal.

But I think the atmosphere is key; the cobblestone streets, the venue. My studio—the way I flipped it into Santa’s Workshop. It didn’t happen overnight. We did it little by little.

You also have the experience of coming into Old City. When you come to Old City Santa, you’re not just hitting my spot, but also coming down to the Betsy Ross House, Elfreth’s Alley, taking a walk through Old City. That’s part of what sets us apart. You don’t get that at the mall.

Q: What can visitors expect from their visit to Santa’s Workshop?

Something a little different. They can expect more interaction, a more personal experience, and a more vintage-type of feel to the images we take. We’re going for a journalistic style of images. We want to document the magic.

It’s not just pictures of the kids on Santa’s lap. We’ll get that shot, of course. But we came up with some ideas to really keep the kids in the moment. We’ve got books, a little place to help Santa with the toys.

Some kids get really into it, they start reading letters to Santa. That’s when the magic happens.

Don't miss your chance to visit with Santa Claus before Christmas! Old City Santa is open now through Christmas Eve.

Please complete the form below. Santa's helpers will contact you to schedule your visit.

389poker(non-registered)
Undeniably believe that which you said. Your favorite reason seemed to be on the net the simplest thing to be aware of. I say to you, I certainly get annoyed while people think about worries that they plainly don’t know about. You managed to hit the nail upon the top and defined out the whole thing without having side-effects , people could take a signal. Will probably be back to get more. Thanks
sdsada(non-registered)
its definitely good information
slot gacor(non-registered)
thankyou the information is very helpful. slot gacor
안전놀이터(non-registered)
the best air purifiers are usually the ones using hepa filters but they are very very expensive,
우리카지노(non-registered)
I am just commenting to let you understand what a brilliant encounter our daughter enjoyed using your web page. She realized a wide variety of things, including what it’s like to have an incredible giving heart to make many more effortlessly understand some impossible topics. You really did more than her expected results. Thank you for distributing such essential, dependable, explanatory not to mention easy tips on that topic to Mary.
No comments posted.
Loading...
Subscribe
RSS
Recent Posts
How Family Portrait Photography Brings Us Closer During Christmas Old City Santa is Saving Christmas in Philadelphia 5 Questions to Ask Santa in a Live Video Chat Old City Santa Introduces the Fireside Chat Phil Kramer: The Man Behind the Christmas Magic How to Write a Letter to Santa The Old City Santa Experience Brotherly Love The Tale of Old City Santa
© Old City Santa
User Agreement
Cancel
Continue